Summer Wanes with a Warm Smile, Nods to Autumn 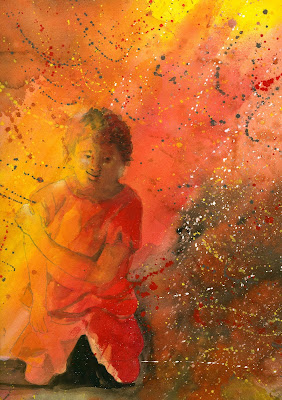 September sun lights up a sapphire blue sky, day after day.  Grass is still green, even greener in places as if each blade wants to show off its best color before it succumbs to dormancy later in the fall.  Children have given up vacation and are back in school, their buses rumbling down the streets of our city in morning and afternoon.  Things have settled into a new routine that comes with the close of one season and the premier of another.

Painting is somewhat seasonal for me also, and this month I am fortunate to have my River People series of verse and watercolors displayed here in my city, all 20-some pieces exhibited in the Grace Episcopal Church at 315 Wayne Street, Sandusky.  It is a privilege and a joy to have others view them.

The image to the left is called "Magician".  The verse tells of a native Yup'ik lad who was busy with the July dust, inches deep, in his village.  He was literally covered in it, and happy as could be to throw it everywhere.  He was making a golden moment out of playing in the dirt, a magical bit of childhood for me to paint.  If only we adults could, rather than mourn the little time we seem to have because we have so busied ourselves with the truly unimportant tasks we undertake to prove our worth, just fling dirt, or sing songs aloud, or even have a good belly laugh more often, maybe we could make magic, too.
At least that is what I think tonight, as I peek out at the moon through my cottage door.  Go play in the dirt and see how it frees you. 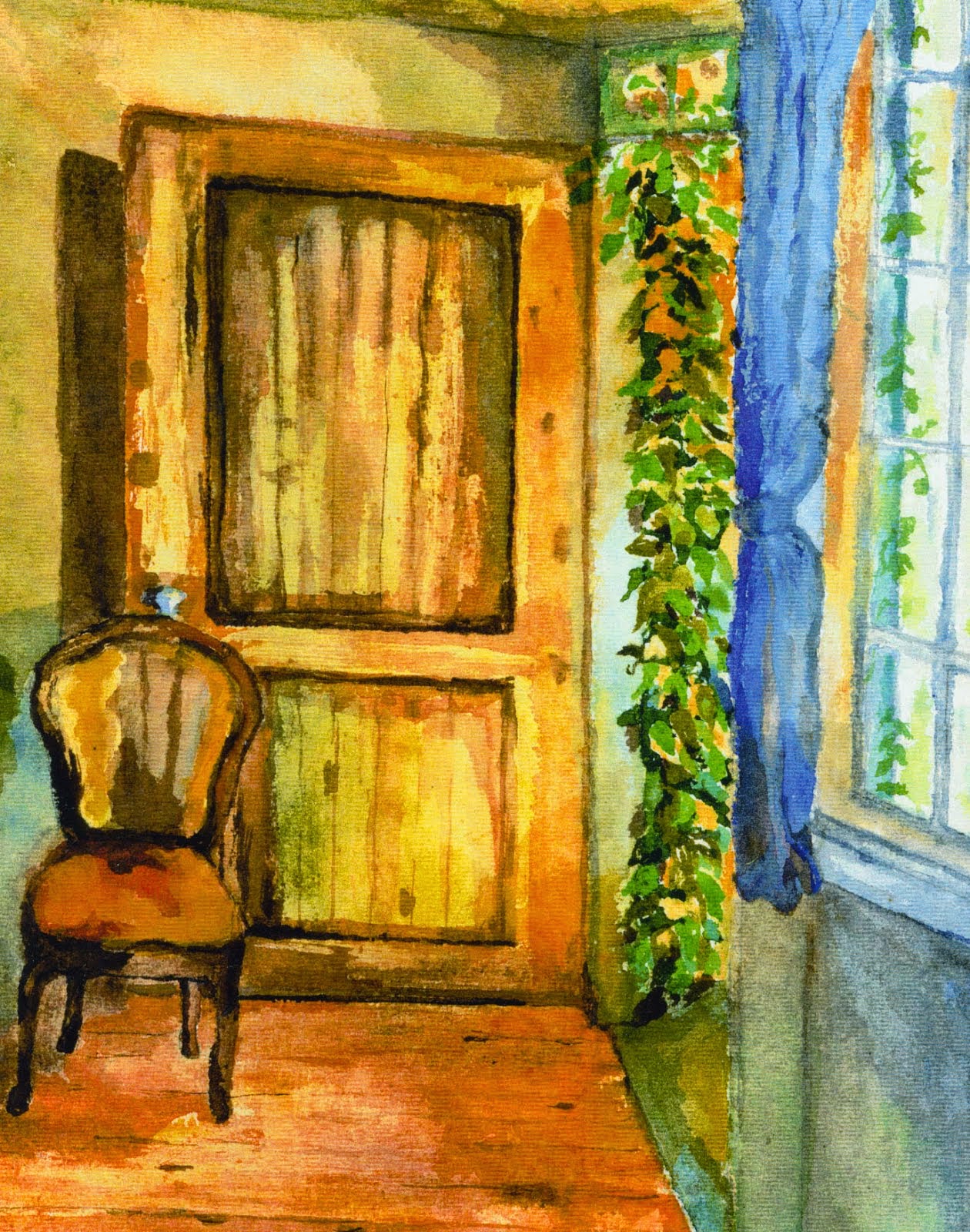 Cottage Door Studio - Elizabeth Roth, Illustrator
I am a painter and a writer. I love to learn and am especially devoted to my Catholic faith and sharing hope with all. I am married to my best friend, Danny "Coach" Roth. I have two grown daughters and four grandchildren plus one great grandson, and three step-grandchildren, and three grown step children. I am the eldest of four, and we are very close along with their extended families. I live on Lake Erie one mile from Cedar Point, the home of the greatest roller coasters in the land. I watch sports with my husband, especially the Cleveland Indians, and I am a fan of Notre Dame Football and OSU anything! I consider myself handicapped by oversensitivity, but one could perceive this characteristic to give me gifts of sensitivity to others, for which I am thankful. I completed 46 years as an educator in Ohio Schools but am now a full time painter. I also like to crochet, knit, work with quilting and teach painting. I belong to the Port Clinton Art Club and the Firelands Area Art League and show my paintings locally and in my studio by request.